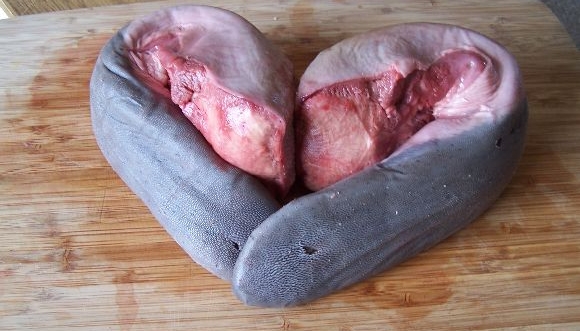 Shortly after, and well into my ventures into Headcheese; I was left with the realization of how tantalizing the utilization of the tongue of a creature could truly be. In the head cheese, I found that throughout the loaf there was an accentuated richness and succulence in the portions with a high abundance of the tongue as well as the cheeks. These muscles in the animals head that were often worn and well exercised offered the robust, rich flavors that I often associated with a hearty Roast; yet I found the textures in line with what I recognized to be a buttery portion of Foie Gras, so delicate it felt as if the pieces were melting in my mouth. 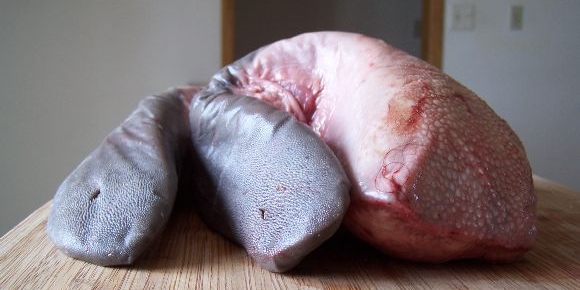 From my childhood, I can recall consuming beef tongue habitually in following the customs of my ancestors in the form of Tongue Tacos. Every Cinco De Mayo, or any other bright summery family gathering, the familiar unpleasant wafting scent of a boiling calf tongue was distinctly creeping through the house. I never questioned the smell nor did I find myself associating it with the delicious tacos that were always sure to follow. 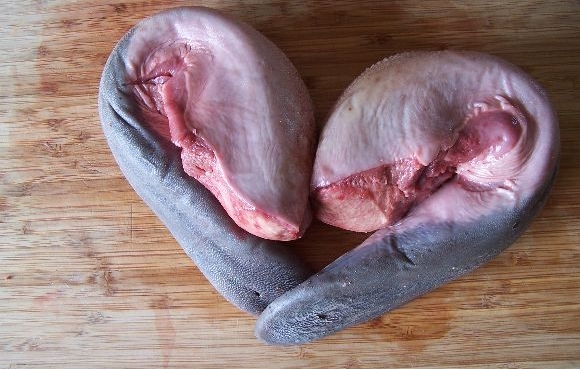 From these adventures I have began looking into using the tongue in other dishes as more of a focal point. Still using familiar techniques, I found an application that led me to an “aha” dish. 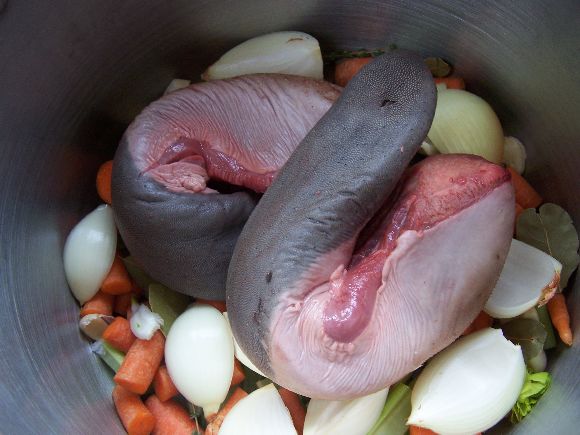 This seems wildly apparent, and perhaps an implied first step… yet I have found that the Scent from my childhood was often in direct correlation with the possibility that maybe someone had been a bit negligent in just how thorough they were in rinsing the muscle… I feel no need to go into detail about what a cow may be putting into it’s mouth, but rather the fact that it is the Mouth of a Cow… 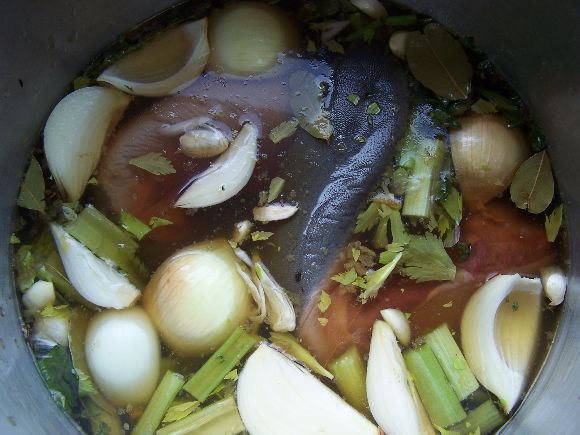 As previously stated, the tongue is a heavily exercised muscle in any animal. This is going to lead to a tough piece of meat. When boiling the tongue, I placed it in a pot with a Mire Poix, Beef Stock, Herbs & Spice and brought the pit to a rolling Boil. I then reduce the heat to a low simmer, Covered the pot and walked away allowing the organ to sit for 12 hours. I removed the muscle from the boiling stock, and whilst warm, I peeled the outer layer of skin and taste buds from the tongue. 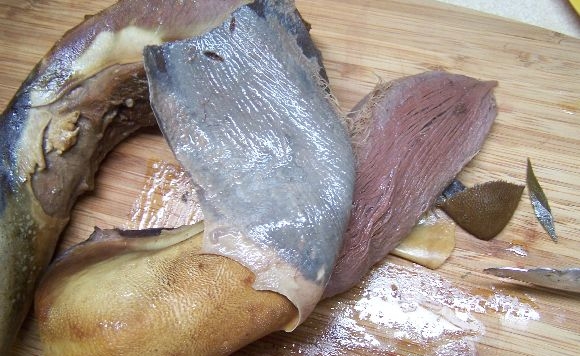 I strained the cooking liquid over the freshly cleaned flesh in a deep bowl, and stored the container in the cooler allowing the protein to completely cool in the company of its very own cooking liquid. This allows the tongue to absorb much of the flavors in the broth as it cools and also insures that the meat will remain moist and succulent. 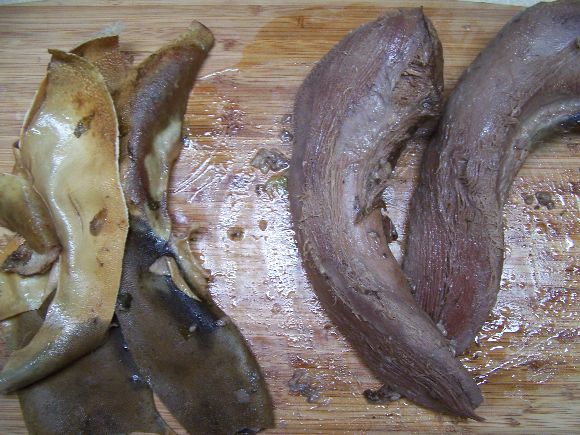 People Fear what they do not know; I sliced several pieces from the tip of the tongue, tasting each and analyzing the flavors and textures. It was juicy and soft, perhaps a bit elastic in a spongy sense; not off putting by any means but noticeable. I decide to taste the meat bland and seasoned. I seared one side of a small portion and had another completely fried, I had a chunk cold and a chunk at room temp. I found that the portion that had been gently seared and not over handled, stood out tremendously as a immediate favorite. I placed the tongue in a dish, and ask a couple of house quests to identify the protein in the meal. Roast beef, braised game, Heart… and so on, no answer was given that was even remotely close. It was a new tidbit that none of them had experienced and found it difficult to express their feelings towards; yet the reaction had a positively excited undertone. The dish was a hit, and when the muscle was unveiled to be tongue, there was not an upset seat at my table. Well received to say the least; only tempting me further to pursue my endeavors with Tongue. 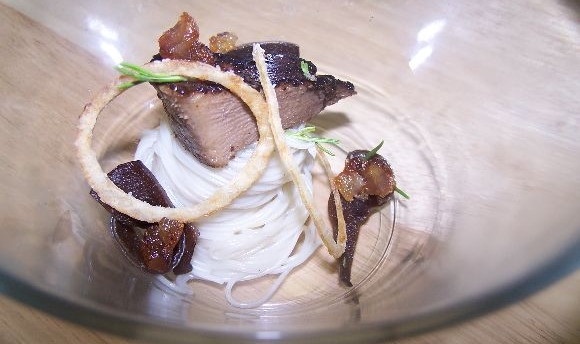 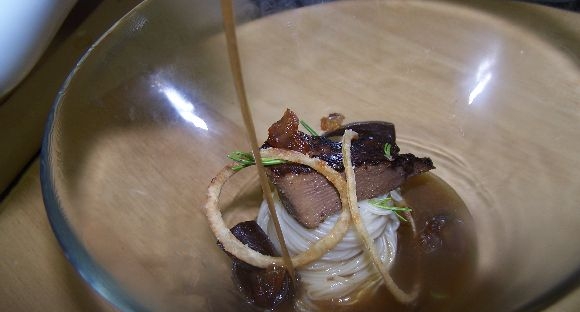 Be Adventurous in your Dinner and Allow your Tastebuds to Soar! 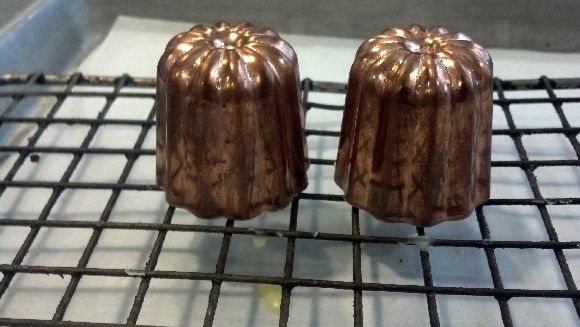 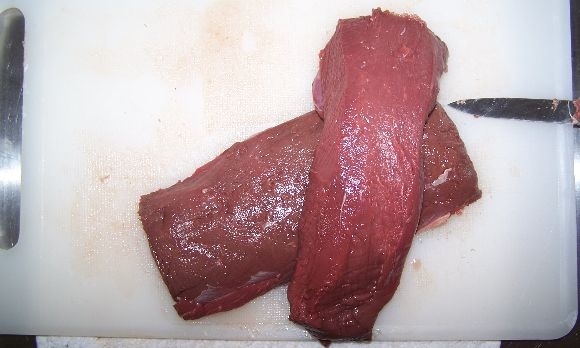 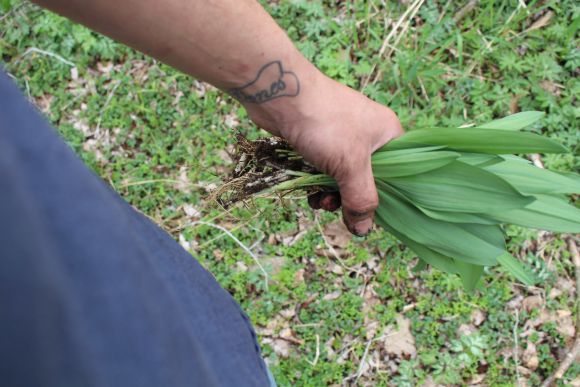