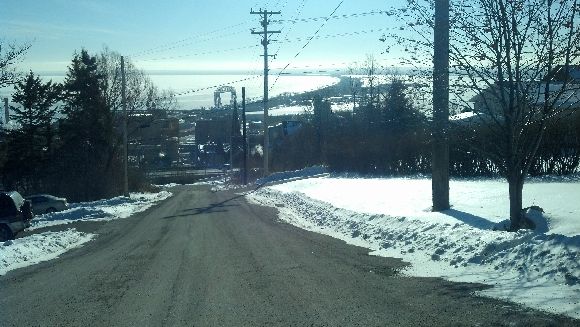 My first impression of the city is a frozen cascade of streets and antique buildings making up the downtown area. Through the duration of my stay, I become convinced that this is a city built with the sole purpose of creating an inviting panoramic from any given perch. Downtown stretching to the banks of lake superior, Vertical roads winding though a historical district, the charming Aerial Lift Bridge located on the canal, and just across the harbor Superior can be made out on the other side of a lengthy meandering bridge… It’s hard Not to fall in love.

Along with Superior, Duluth makes up the “Twin Ports,” The western most point of the Great Lakes and still there is access to the Atlantic ocean. Being situated on the Port, I find a hankering for Sushi… Not something that I normally seek out in the upper Midwest… for obvious reasons. 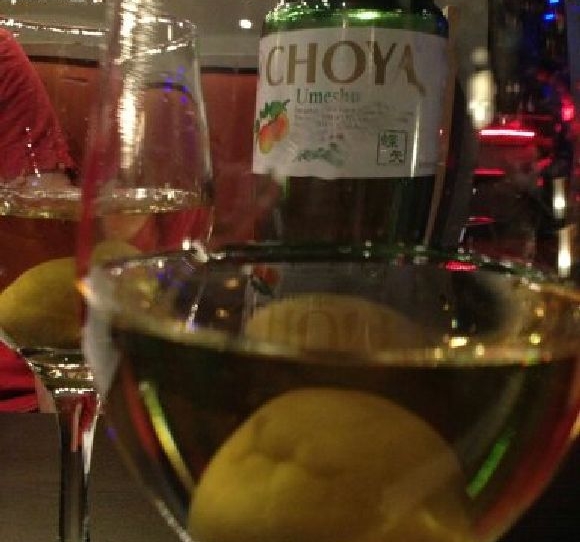 We started our evening off with a bottle of Plum Wine. The fermented plum in the bottom of the wine glass is 100% edible and I fully endorse the consumption of the saturated fruit with the same ideology of eating the worm in the bottom of a fine Mexican Tequila… the wine was sweet and succulent serving the table as A perfect introduction to what Duluth’s interpretation of fresh Sushi truly was. 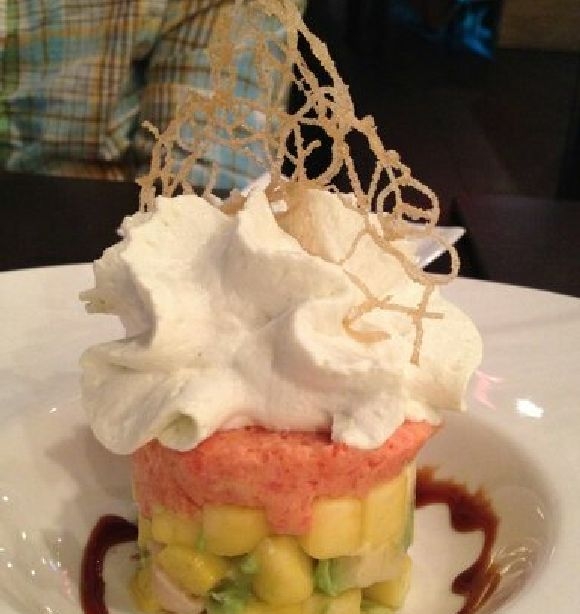 A couple of starters soon appear on the table. First, a dish of Edamame, lightly seasoned and steamed Soy Beans. Also a Tuna Tatare garnishes with a salad of Mango and Avocado, Finished with Lychee and a Foam of Wasabi.

As for the Sushi/Sashimi at Hanabi: 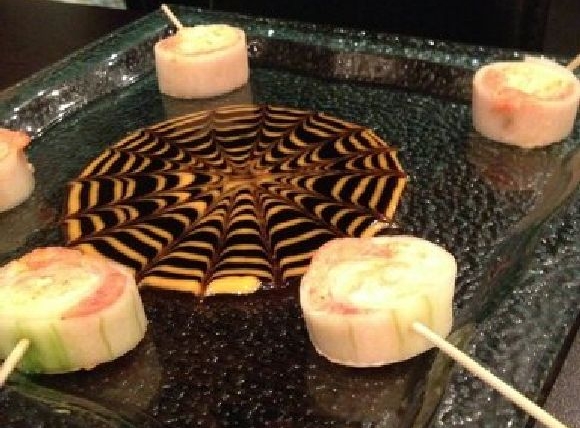 A cucumber spider roll (above): The self named, “Duluth Roll”(Below) 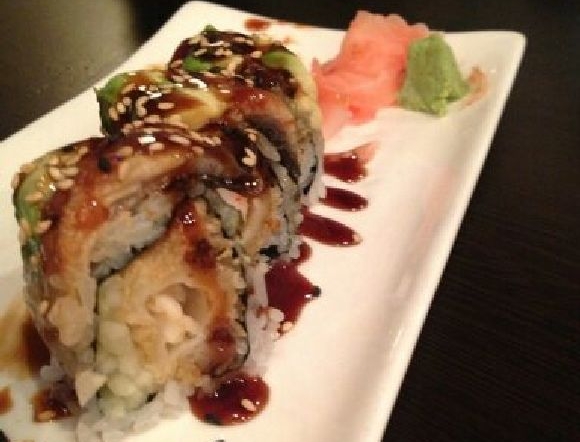 And as a Main event an assortment of Sashimi including Fresh Pink Snapper, Himachi, Salmon, and Tuna.

After a night of Plum Wine and (enter random festivities here) I find myself sitting at the bar inside of the Lake Avenue Restaurant.

It was a detour made headline… I order a Bloody Mary. And it was everything that I needed that drink to be, and more. The Vodka used was marinated with Onion & Garlic, the “Signature Tomato Mix” was a notch spicier than expected (in a great way) and the Vinegar on the pickle and olives… I was back on track. 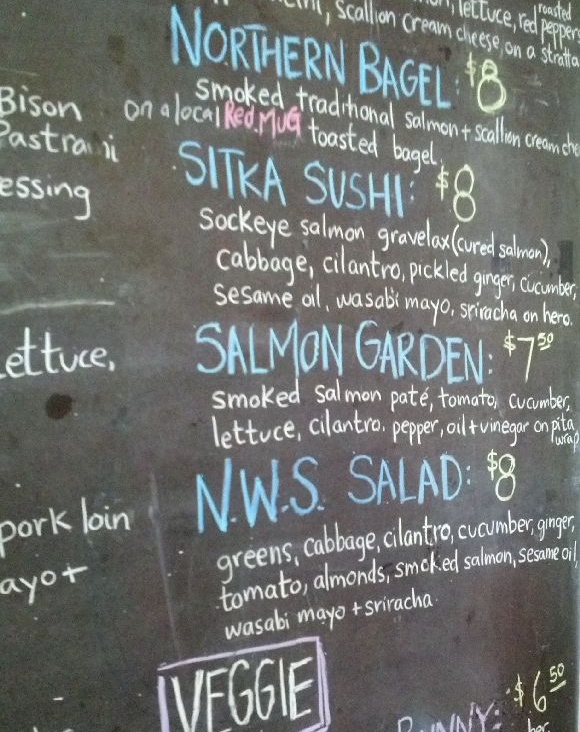 Just across the corridor in the same little “Flea Market-esc” complex, Northern Waters Smokehaus. Worth a trip to Duluth in it’s own right. Hanging Meat, Cured Fish, Deli fresh Sandwiches, Cheese for days, and to top it all off, an Andes mint as an after sandwich palate cleanser. 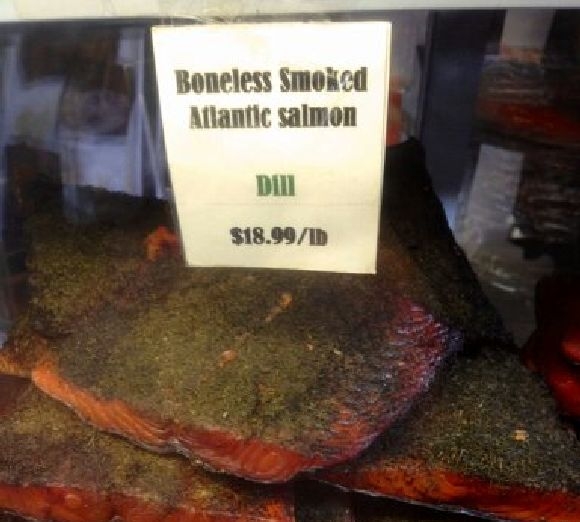 All meat and Fish cured and smoked in-house. The Salamini… Fatty, Spicy, Anise… a cared for piece of Berkshire Pork to die for. The small shop offers a wide variety of Cheeses as well highlighting everything from France to Faribault… I pick up a Wedge of Amablu and consider it lunch along with a refreshing Sitka Sushi, on a fresh Hero Roll.

A short stroll around Canal Park and I find myself at the Canal Park Brewery… A micro-brewery doing something right. After a couple flights of beer testing’s, Collin Smith (President /Assistant Brew Mister of Bru Brewing, also out of Duluth) and I have tackled the Do’s and Don’ts Of the Micro pub. 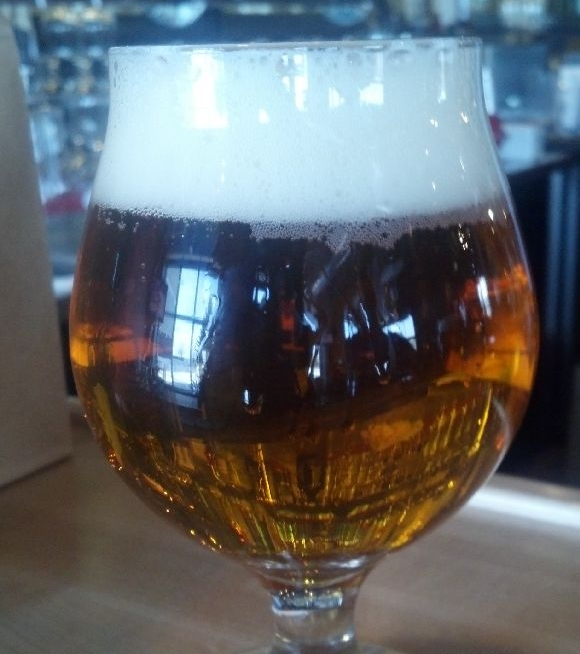 The Dawn Treader, A Belgian Tripel worth noticing, Fantastic, Complex and Delicious recipe. An instant Favorite of the Group. A sure, Do! 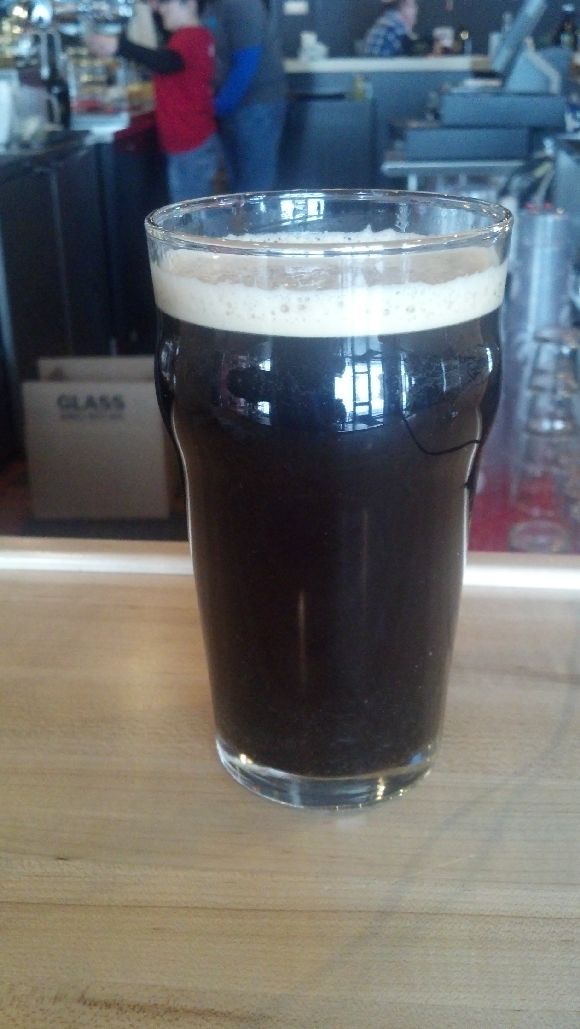 Also, for myself personally, The Pack Sacker… A Sweet & Deep Oatmeal Stout on a Nitro-Tap with an Extra Smooth and Creamy welcome the dares you to stop after one… A must, Do!

And with offering those two beers alone on their menu, the don’ts are simply Irrelevant.

Two Days spent in Duluth and I had Barely Scratched the Surface… Upon my departure, I know I can say with out hesitation, I’ll will be back soon… 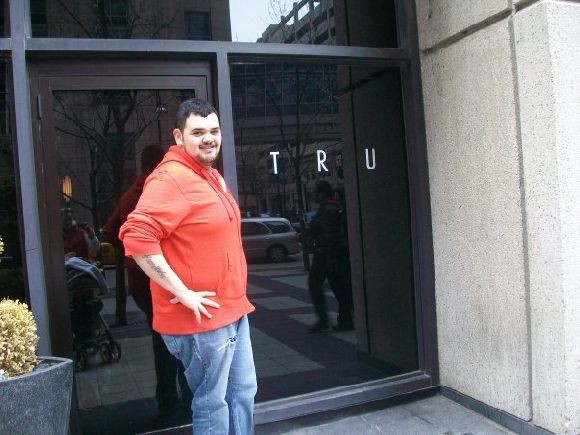